Note: still in catch-up mode from the spring travels. This was the end of April 2018.

Leaving Flagstaff, it was an easy day of driving to Lake Mead Recreation Area. Straight west on I-40, then hang a right at Kingman, AZ., onto 93, straight into Lake Mead. I like the easy days of driving :-). We decided to splurge here since we were staying at the Boulder Beach RV Park and booked a lakefront site. The sites were beautiful: level, concrete, quite large, with a beautiful view out our window of Lake Mead.

Lake Mead is a man-made lake formed by damming the Colorado River with the famous Hoover Dam. The recreation area encompasses a total of 1.5 million acres of land, following the Colorado River from the westernmost boundary of the Grand Canyon National Park to just north of the cities of Laughlin, NV., and Bullhead City, AZ. In 1964, the area became the first National Recreation Area to be designated by Congress as such. 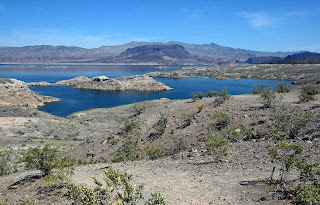 Our primary mission and a reason for stopping here on the way to Death Valley National Park was to visit with some old RV friends, Steve and Joan Crowe. They've spent a few winters here as volunteers. Once we were set up and settled, they headed over in their awesome red jeep (fully outfitted for the supreme off-roading experience!) to pick us up and head off for dinner, because, you know, that's what RVers do when they get together; we go out to eat! :-). Boulder City, NV., is south of Las Vegas and is a really nice town. It came into existence in 1931 as an area to house the workers building Hoover Dam. Because of the scope and duration of the work, a more permanent town was planned and built rather than temporary housing. Boulder City was actually conceived and planned through federal supervision, and as the Hoover Dam itself was a project of optimism for the country, suffering through the effects of the Great Depression, the city was planned with an emphasis on making a clean, pleasant living environment for the workers. There was plenty of open public space and landscaping in the design which eventually earned Boulder City the title of "Nevada's Garden City." And as Joan and Steve were giving us the tour of the city, we could see how nice the public areas are, and the pride in the town was quite evident in the neat and tidy residential areas. Many of the old block houses are being renovated into really cute homes. We did like Boulder City and think it is a great place to hang out for a while.

After dinner, we went on an off-road excursion to view the sunset behind Lake Mead. After Steve asked if anyone had a fear of heights (!), we headed into the backcountry behind the dam. The trail ran along a crest of a ridge, and yes, it was quite narrow and dropped off quite steeply on both sides of the trail. I was super glad Steve is an experienced jeeper, although I'm sure this trail was easy-peasy for him.

The next day was a work day for Steve and Joan, so we planned an excursion to the north end of the recreation area to a Nevada State Park called Valley of Fire. Unfortunately, we didn't do any hiking there. There are some beautiful trails that wind into the formations, but it was a tad hot here...

So, number one, we didn't want to leave the dogs alone in the trailer just in case something happened and the air conditioning went out, and, number two, look how hot it was! Not safe to do any kind of hiking in that heat. So we just had a nice driving tour through the park.

Valley of Fire consists of bright red Aztec sandstone outcrops nestled in beds of gray and tan limestone mountains. In 1912, a rough road was carved out through the landscape, allowing people to travel between Salt Lake City and Los Angeles. The name "Valley of Fire" was coined by an AAA official traveling through the area at sunset in the 1920s. 8500 acres of this land was given to the state of Nevada in the 1920s, and in 1933 the Civilian Conservation Corps built the first facilities and campgrounds. In 1934 the park was officially opened as the first state park of Nevada. Valley of Fire now has 40,000 acres of multicolored rock, displaying a varied array of shapes and textures. 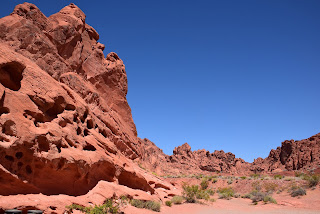 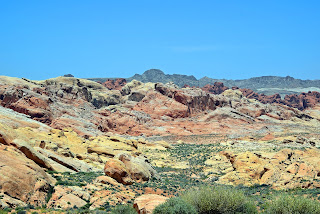 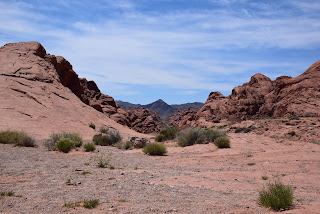 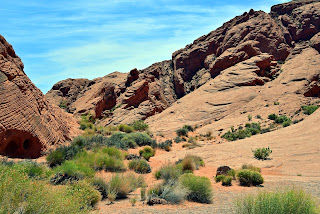 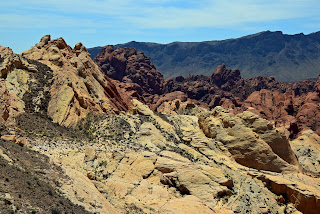 The next day, we decided to take a tour of the Hoover Dam. We had been over it once many years earlier, but never took an actual tour of the facility. We headed over there early in the morning and got tickets for one of the first tours of the day. We took the hour-long dam tour, which includes a movie about the building of the dam and a tour of the power plant. 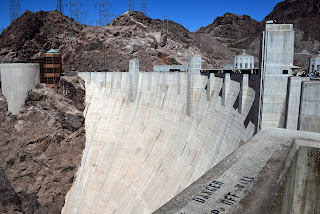 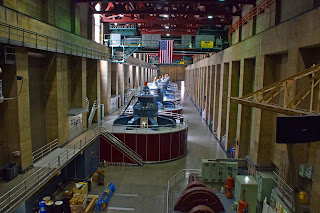 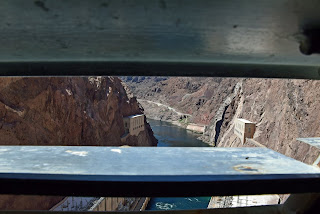 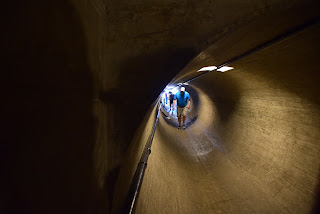 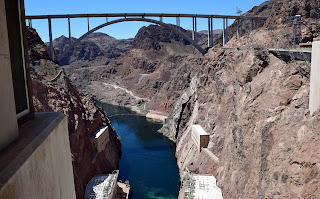 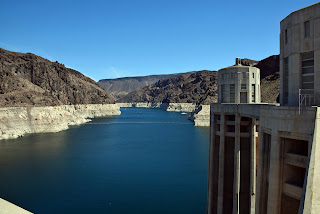 After our tour of the Hoover Dam, we headed back to the rig for some lunch, and then Joan and I took an excursion to Ethel M Chocolate Factory and Cactus Garden. We told ourselves that the primary reason was to view the gardens, hoping that the cacti would be in full bloom, but we both ended up walking out of there with a good sampling of handmade chocolates to last a few days! Some of the cacti were blooming, but it was just a tad early for most of them. The chocolates, however, were delicious! 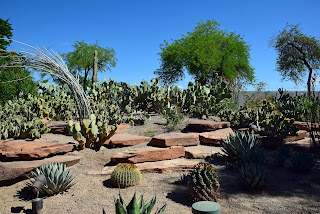 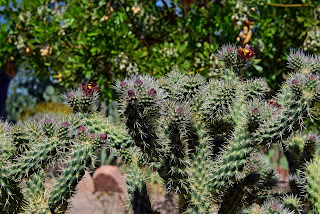 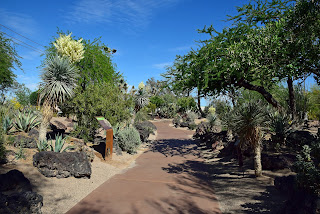 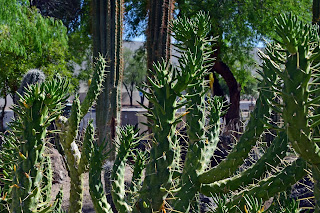 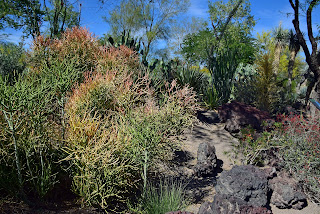 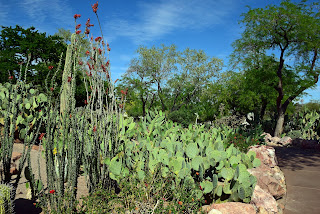 Steve and Joan were at the end of their volunteer stint at Lake Mead, with their last day occurring while we were visiting. We spent our last night there visiting with them in their gorgeous new Entegra motorhome and said our fond farewells as we were heading over to a new national park for us, Death Valley National Park, and they were headed up to North Dakota for their summer volunteer jobs at Sully's Hill National Game Preserve. We had been looking forward to exploring the state of Nevada on this expedition west this spring, our first time here in the state since we started RVing, and so far it's off to a great start!