Wow. It's been three months since I last posted! Everyone probably thinks we gave up :-)!

Well, to start where we ended, we made our quick trip across the country from Wyoming to Florida in six days just fine. I sure don't want to do it again, though. We were very happy that we had zero issues with anything mechanical for a change! It was nice :-). Even the weather cooperated, with dry driving conditions all the way. Once we reached Campbellsville, Kentucky, we dropped the trailer at a campground and drove to Florida the next day. From there, we flew to New York and spent an enjoyable five days with family and friends during my brother's wedding festivities. Sadly, the weather did not cooperate for that, and it rained quite a bit. It didn't dampen the spirits, though, and we had a great time visiting with many folks we haven't seen since we left New York in 2011. I will say that I have not missed flying these past few years, but it was the most expeditious means of travel for the short time we had.

We spent a couple days with family back in Florida, visiting the EPCOT Food and Wine Festival for two days. We always used to go to that every year, but with our workamping schedules since going on the road, we haven't been able to work in a trip. So this worked out, and we had a great two days sampling many different dishes. Then it was time to make the drive back up to Campbellsville, where we picked up the trailer from the Holmes Bend Campground, where we had left it, and got set up in our regular campground for Amazon peak, Green River Lake State Park.

It's been a very odd season here right from the start. Al had all kinds of problems getting started, as first, they wanted him to apply for the medical office job via a temp agency, and that brought forth a whole host of hurdles that had to be jumped over. That didn't even work out like it was supposed to, and I ended starting as scheduled on October 17 while he was still waiting for paperwork. The HR people finally got him hired through Camperforce like normal, and he started the week after me. So we were both finally working, and after a few nights, we even ended up working on the same shift for the first time. That was nice, having the same nights off :-).

There were all kinds of issues with the campgrounds this year as well. They had hired more workampers than usual this year, and as the season progressed, the campgrounds closest to the facility were filled to capacity. Another campground that did accept reservations from folks failed to honor those reservations, and several people were forced to find a site elsewhere. There is usually about twenty or so rigs here in the State Park, but this year we ended up with more than double that number. That was a boon for the State Park at least, as they were able to collect more rent dollars this season. Once people came and stayed here, they found out how nice it is so we may not have quite as nice and quiet park as we used to!

I ended up working in the same department as last year, receiving. On the down side, it wasn't nearly as busy as it was last year, and we have very little overtime this year. Work in receive was light, and I was sent to the Stow department several times, which involves putting all the merchandise away in the warehouse. A lot of the merchandise comes in on pallets and does not need to be entered into the system by a receiver, so there usually is more work for the stowers. By the last three weeks, many of us were "loaned" to the pack department, and we spent the last week or so packing the orders. It truly wasn't a high-volume peak season, though, for anyone in our facility. They are saying that will change for next year, that the Campbellsville facility will be busier than ever before next year, and that they will still be looking for several hundred workampers to augment their work needs. Many first-time workers were very disappointed, though, at the lack of overtime, and they were pretty vocal about voicing their displeasure. All in all, it was an odd season, and whereas I did enjoy meeting up with former friends and finding new ones, I am glad the season is done, more so than normal :-). We are still here in Campbellsville, though, as Al is working an extended schedule through next week. We should be arriving home in Homosassa by New Year's Day.

Our winter plans are pretty much the same as normal, with our family reunion at Disney at the end of January, and visits from other family members. We hope to see friends in the Central Florida area while we are there. We will be doing our yearly doctor appointments and such as well. We've also signed up for a new adventure, which I will write about once it's been confirmed that we've been accepted and where we will be. But it doesn't affect our summer plans, which will have us returning to Luton's Teton Cabins in Wyoming once again, and we will be reuniting with not only Dan and Jonell from last year, but also Ken and Jodi from 2014.  Between working with good friends and the impending solar eclipse in August, we are really looking forward to the summer!

Our spring travels out to Wyoming this year will include stops in Texas, near Padre Island National Seashore and Big Bend National Park. If anyone has any "must dos" in those parks, please let me know :-).

That's it in a nutshell; everything we've been up to for the last three months. It was mostly working for Amazon, and I just really didn't feel a need to write about it when I have in previous years, and so many other folks have written about their experience. So have a very Merry Christmas, and a Happy New Year, and I will catch up with everyone in the new year :-).
Posted by Al and Karen at 10:24 PM 8 comments: 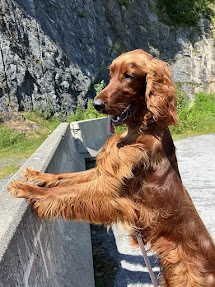 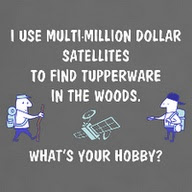