As our time here for this winter is coming to a close, we've checked our list of "desired activities", and set a date to visit the historic area of Tarpon Springs. We've heard about it from several different sources, and thought it would be an interesting day trip, being about an hour south of Homosassa. It was a bit cool and windy, but we decided to take the ride down there last Monday. We are very glad we did, it was quite interesting.

Tarpon Springs, named for the fish that frequent the area, was originally a winter resort town for wealthy Americans in the late 18th and early 19th centuries. Large beds of sponges were found by turtle fisherman in 1873, commercial ventures started springing up, and by 1900 the city was the largest sponge port in the United States. 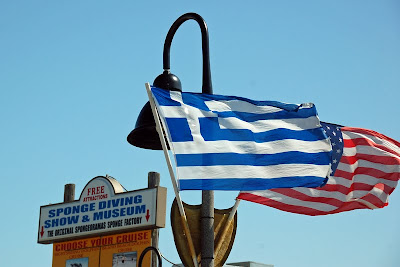 Greek immigrants began arriving, and expanded and refined the sponging industry. Other businesses, such as restaurants and grocery stores, were established to service the ever increasing Greek community. The adverse economy of Florida, following the collapse of the land boom in 1926 and a destructive hurricane, was also felt in Tarpon Springs.  By the late 1920s, Tarpon Springs felt the full effects of the Depression.  The sponge industry managed to prosper during this period, however.  Misfortune hit the industry later; in 1938 blight infested the sponge beds and many of the sponges died.  The industry continued to grow however, and reached a height of 180 sponge diving boats before a red tide in 1948 wreaked further damage.  Sponges slowly started to return in 1959, with the beds regaining full strength in the 1970s. Most of the current day sponge boats are owned and operated by the people of Greek descent.

Nowadays, tourism has replaced the sponging as the main economic activity of the town. People, including us :-)!, flock to the area to learn about the sponge industry, check out the Greek businesses that are still lining Dodecanese Blvd., and indulge in some excellent Greek cuisine! 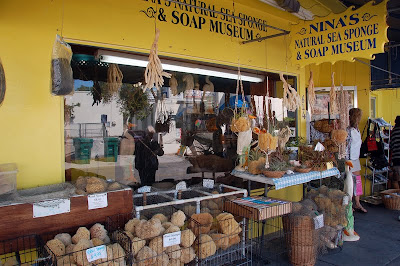 Almost all the shops had their wares displayed outside, lending a bazaar-type feeling to the street. 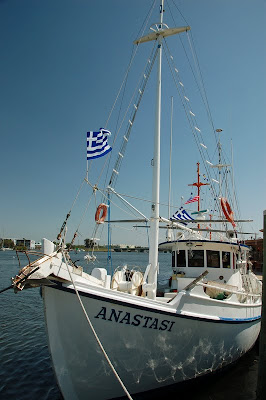 The other side of Dodecanese Blvd. had sponge boats tied up along the docks. 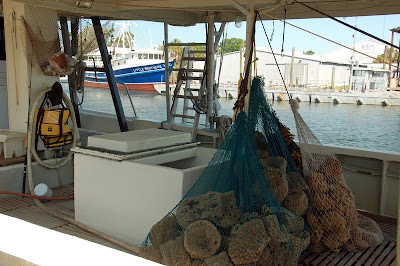 We could see the bags of gathered sponges in the boats. 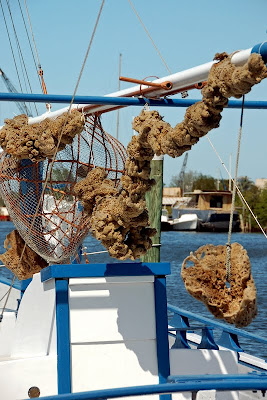 These sponges were sorted into different types, and strung together to finish drying out. 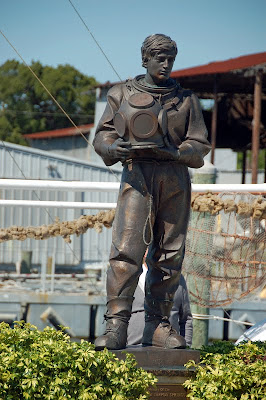 A memorial statue dedicated to the sponge fishermen who lost their lives while at sea. 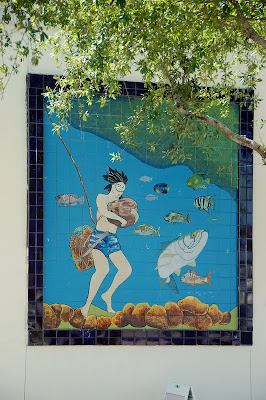 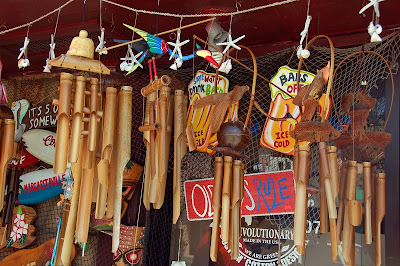 More kitschy displays outside a shop. If you're looking to decorate in a nautical drinking theme, you can definitely find the necessary items here! 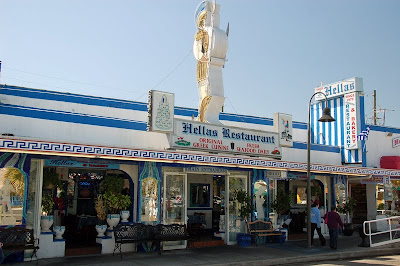 And let us not forget about lunch!! I had used TripAdvisor to get an idea of good restaurants in the area, and The Hellas Restaurant and Bakery was the #1 rated restaurant. We were able to get a table for lunch, and we were definitely NOT disappointed :-). I myself had never really had Greek food before, and I am now wondering why not?! We all tried something different, and the food was literally flying around the table as we were all trying each others' meals. The only thing I got a picture of was the Saganaki (imported flamed cheese): 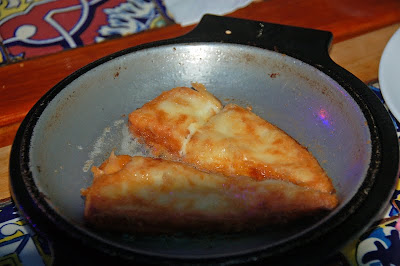 Opa! Was that good! I'll be thinking about that for a long time :-). 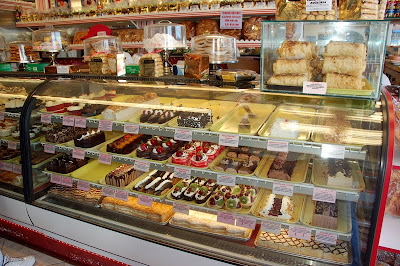 And if you go, don't miss the bakery...OMG! We took home a fine assortment of deliciousness that was SO bad for the diet...oh well :-).

So we had an excellent day discovering Tarpon Springs, and I can easily see that we will be headed back that way each winter. But not so fast.....Al, Ginny and Patti went BACK there on Thursday to go out on a fishing boat for the afternoon. 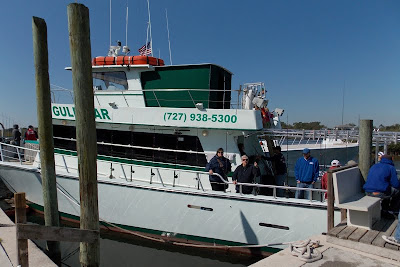 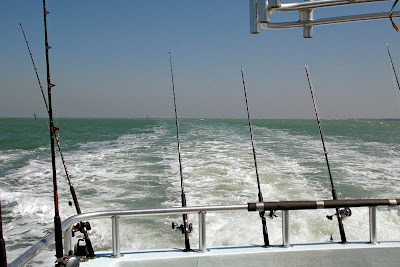 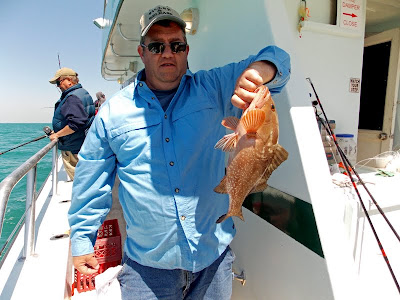 Al caught a nice grouper, but as the season for grouper doesn't open until Monday, back in he went. 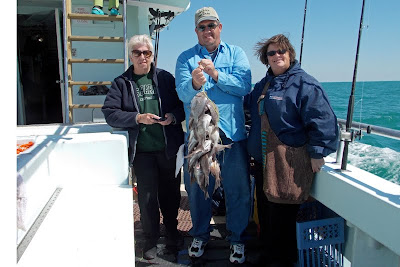 Not to worry though, they came home with a very full string of Key West snapper, otherwise known as "grunts". That was tonight's dinner, and I was told by all the fish eaters that it was "most excellent".

That's our adventures for this week. We're sincerely hoping that we've seen our last frosty nights! Tomorrow we'll be working at the Wildlife Park, and then Easter Sunday with the whole family that is down here. May everyone out there have a wonderful holiday.

Tarpon Springs on Dwellable
Posted by Al and Karen at 9:00 PM